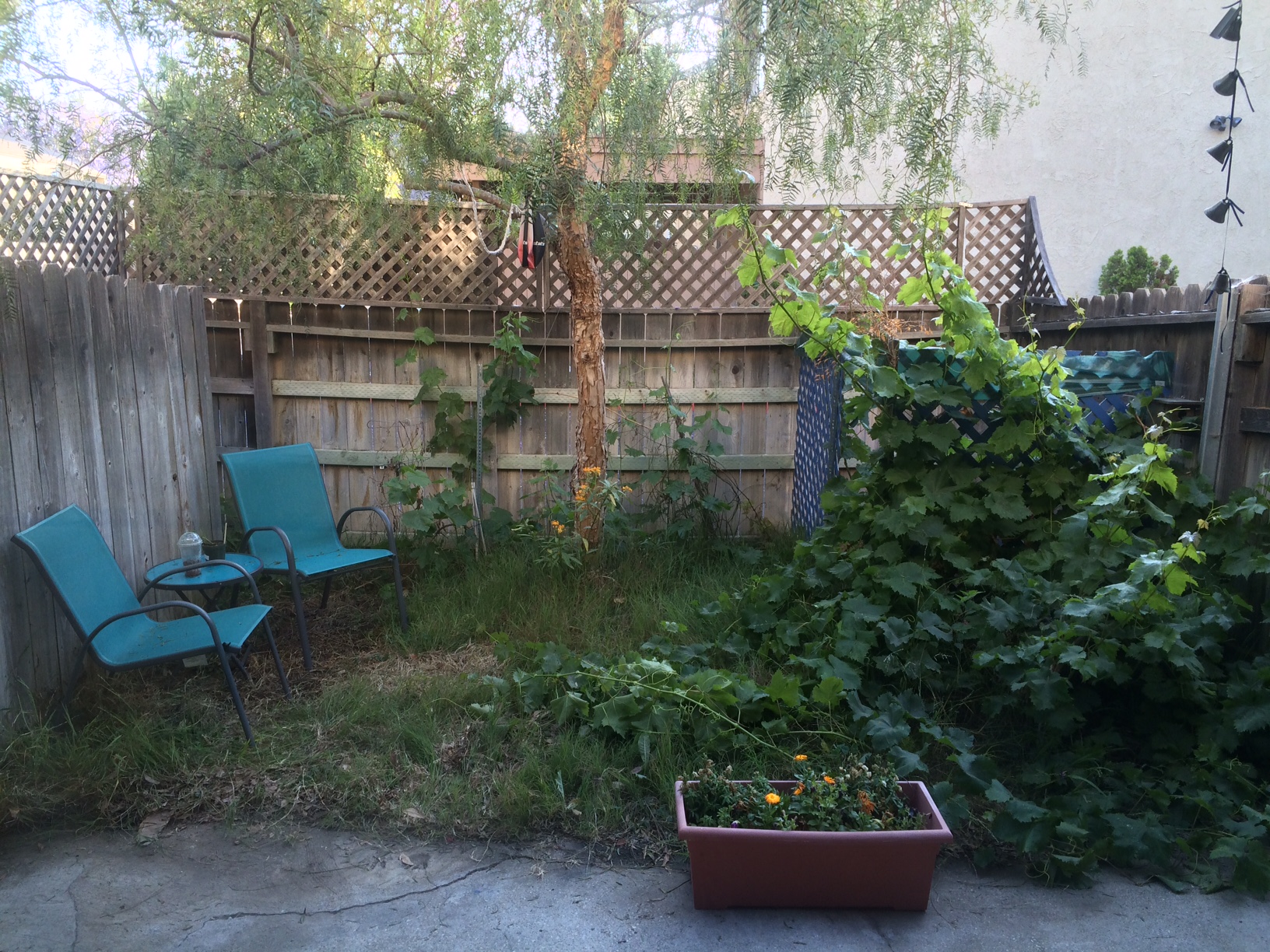 our backyard has been an ongoing project with no direction because i have an idea, but no vision. the idea is something natural, but useful. wild grasses, spontaneous growth, but not something that looks like a vacant field. i want the intentional ugly of a rat rod, but in yard form.

after months of neglect, i trimmed the tree a few weeks ago. today, lisa and i spent the morning moving and tidying and cleaning and arranging. it still doesn’t look like the fulfillment of my idea, but i think the grape may be volunteering to be the new clubhouse roof!

“but paul said to the officers: ‘they beat us publicly without a trial, even though we are roman citizens, and threw us into prison. and now do they want to get rid of us quietly? no! let them come themselves and escort us out.'” – acts 16:37