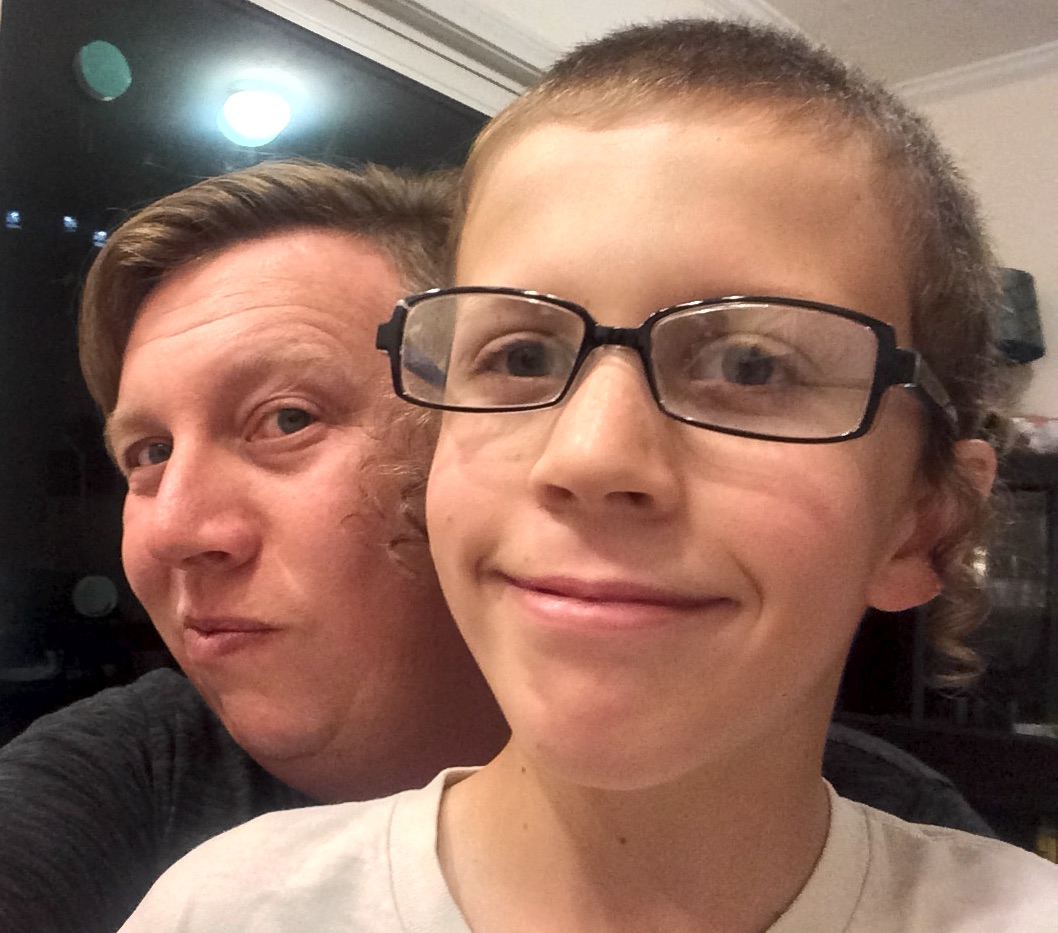 my son wanted his hair buzzed before graduation. as a laugh, i started by buzzing his hair into male pattern baldness, leaving his long curls on the sides and back. he thought it was hilarious and then surprised me by insisting he keep the haircut. his reasoning was simple:

i couldn’t convince him that it wasn’t a good idea to have an intentionally ugly haircut. why? probably because i didn’t really believe it. i called my wife for backup, and she took his side: “it’s summer…who cares?” admitting defeat, i asked him if i could leave the curls on the sides, buzz the back, and clean up the transition between the two.

my secondary concern is that the side curls resemble payot and i wouldn’t want people to feel he’s taking part in cultural appropriation. then again, punks have been appropriating cultural hairstyles for decades without specific critique. in the end, he loves his haircut and didn’t even get negative comments from kids at school, and that’s really all that matters.

i love his haircut now, too. it’s him and he’s my son!

“do not cut the hair at the sides of your head or clip off the edges of your beard.” – leviticus 19:27