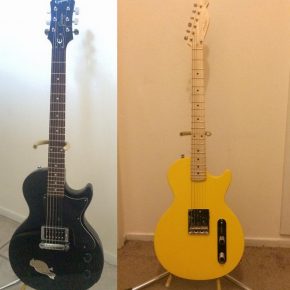 coffee is for closers 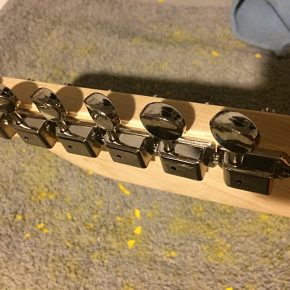 i don’t know if screwing on the machine heads counts as art — for that matter, i’m not entirely certain that guitar building falls under my definition — but at least i made some progress that didn’t involve painting and sanding. 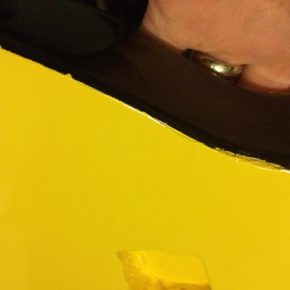 what can i do? when i pulled off the masking, the lines aren’t as clean as i’d like them to be. there’s nothing i can do about it at this point except wait. i can then sand out the sides and repaint them, but that’s going to mean more difficulty down the road. if i wait a week instead, there’s a chance i can clean things up enough to blend away the irregularities. no decision will be made tonight. 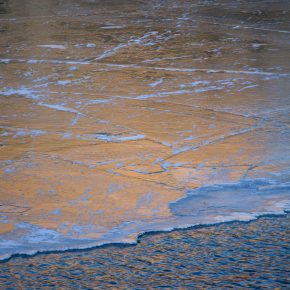 i feel like i’m stuck in a holding pattern and unless something happens, there’s nothing new or interesting to report here. lately, guitar progress has looked like:

i don’t know when i escape this cycle, but at least i’m still doing something (most) every day. 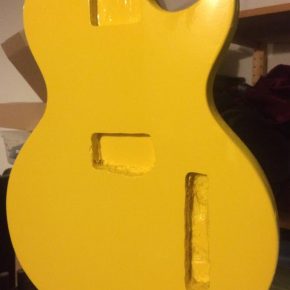 i just can’t be satisfied. after putting the first layer of color on, i immediately worried if i’d made the right color choice. i kept staring at this photo and wondering if it was too orange. finally, i convinced my family to stop at the hardware store so i could buy some brighter, more purely yellow point.

END_OF_DOCUMENT_TOKEN_TO_BE_REPLACED 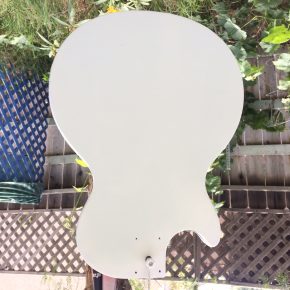 now with 90% fewer waves, the guitar got re-sanded and re-primered today. that means i’m potentially two days away from actually laying down the first coat of color…

END_OF_DOCUMENT_TOKEN_TO_BE_REPLACED 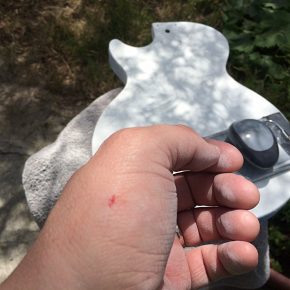 i tried to be brave and strong, but i just couldn’t do it. the wave in the wood was just too prominent, and i knew leaving it would bug me. i’m leaving the wave that’s on the front and the knick, but the wave on the back was too much.

END_OF_DOCUMENT_TOKEN_TO_BE_REPLACED 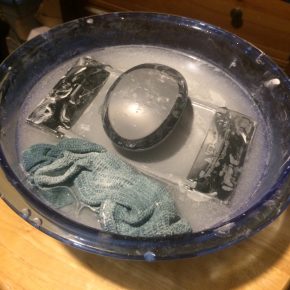 i’m sure you’ve heard of the persian rugs with a poorly tied knot included to avoid perfection. i like to think i have that imperfection built in.

END_OF_DOCUMENT_TOKEN_TO_BE_REPLACED 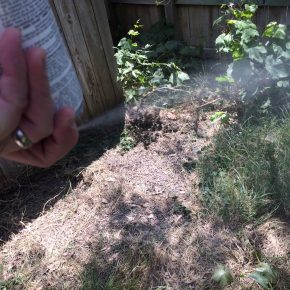 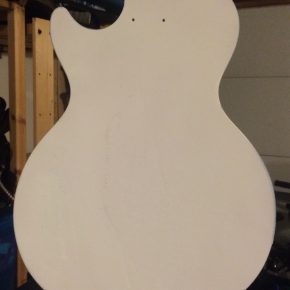 toss a bolt through the hole under the neck plate and thread a nut just enough to not fall off. tie the end of a piece of twine tight around the bolt between the nut and the body. after about two feet of twine, tie a nice, solid loop around a carabiner. use a lighter to burn off the excess twine roughage around the guitar. attach the carabiner to a tree; important: shake the tree!

END_OF_DOCUMENT_TOKEN_TO_BE_REPLACED 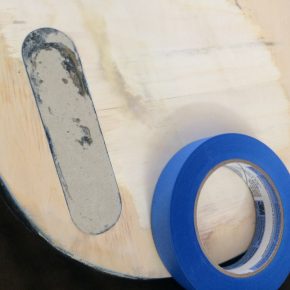 after months of on-again-off-again filling and sanding and routing and filling and sanding, i’m calling the guitar body “good enough” and masked the edges and the neck slot today. keeping the neck slot unpainted will provide a wood-on-wood connection that should improve the sustain. i tried to mask the spot where the “ashtray” bridge will sit, but after some trial and error i realized it wouldn’t be perfect. i think it’s better to sit on all paint then to have the bridge half on paint and half on wood.