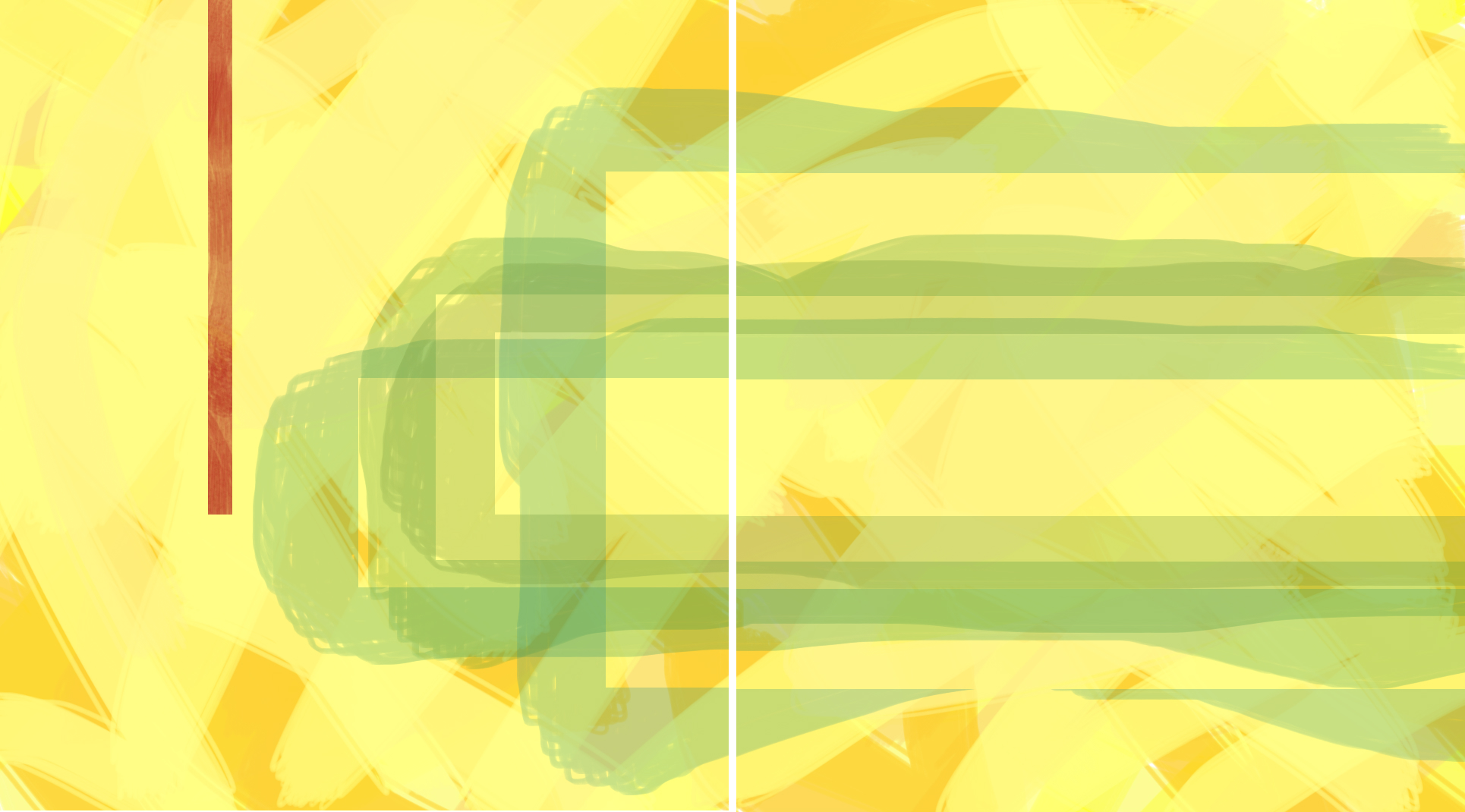 i like to paint, except when i’m about 60% done with a painting. at that point i hate painting, but force myself through it. then i take a long break from painting until i forget about the pain of finishing and get inspired to do something new. the painting itch has once again been growing and although i have plenty of other projects that need attention, i found myself wandering the aisles of the art store, looking at canvases. i knew i wanted a “widescreen” style orientation for this piece, but was unsure about putting down more money for an unconventional canvas.

so, like i said, i have plenty of other projects, so we left empty handed. i’ll start painting soon, but not until some other things get done. later this evening, lisa found two unused canvases in the garage, so it looks like i’ll be putting them to use once i get around to it. still later, faced with the idea of not creating art for the second day in a row, i decided to work on a study for my eventual double wide art piece.